Today my house smells like coffee, bacon, and pancakes, and am relaxing after a fun night celebrating my friends birthday last night. I have been trying to make a point of getting out, and seeing friends more. It feels good!  My friends Brian and Heather have been pretty busy with work and law school, so after 3 years of chatting on Facebook, it’s nice to see them in person!

The week also brought a rousing game of mini-golf (I totally won), a lot of work projects completed, and the realization that I need to get off my bum and get working on the house in preparation for  the baby!

Originally, I had planned to start the nursery and some projects in about 6 weeks, giving me plenty of time to finish gutting my house, setting up a nursery and prepping for baby. But then the stuff started coming, and it was no longer an option. In the next week, I’ll have a crib, a bassinet, and a mattress with no where to go, which means it’s time to trim down what I have!  My mom, awesome as she is, decided to buy a few essentials for the nursery since base had a crazy good deal AND a 20% off coupon. So between that, and freakishly short shipping time, stuff is on its’ way!

Speaking of baby…I started having round ligament pain. Which, if you’ve never had it…holy crap. This is the reason people need a baby class at, I don’t know, week 2. Your stomach/womb/middle of your entire baby storage area starts making these odd pokie pulling motions, and you think-oh holy shit, this isn’t good. After a call to the nurse, and a nap, I am feeling much better. Sigh. There’s other things that no one seems to mention when you get pregnant, and I’ll get to listing those one of these days too. 🙂

Last weekend, I went to a baby shower for my bestie Jen-Here’s a couple quick pics: 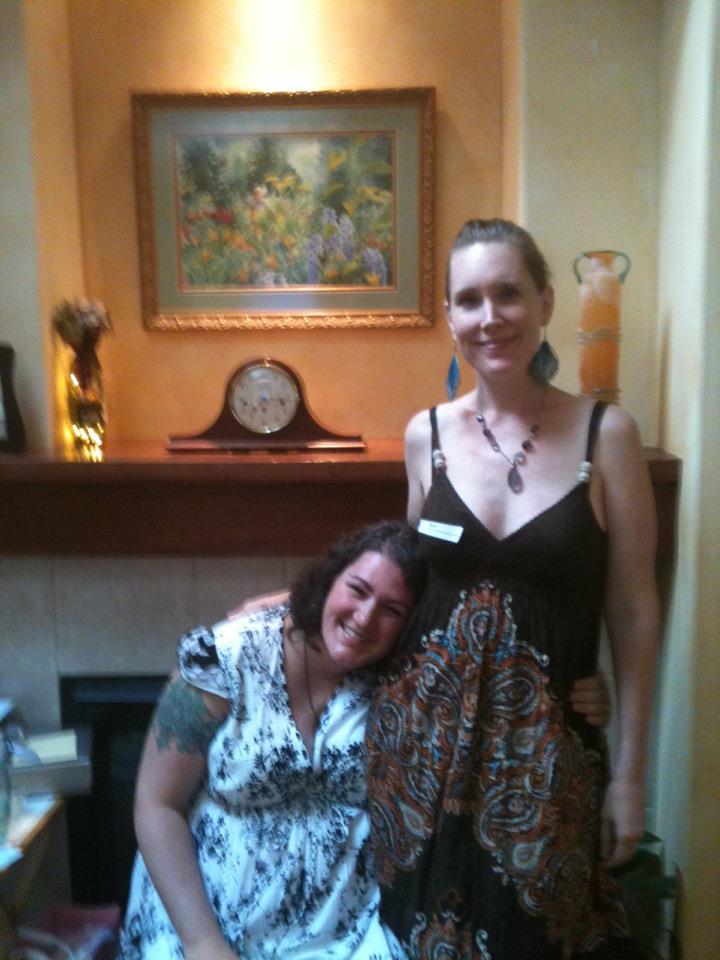 This is now one of my favorite pics!  Jen is over 8 months, and I’m just about 5 months. I love that I can go through this with her, and that I get a sneak peek into what I am going to go through.  It’s also much easier, when you’re main drinking buddy is on a hiatus, too. 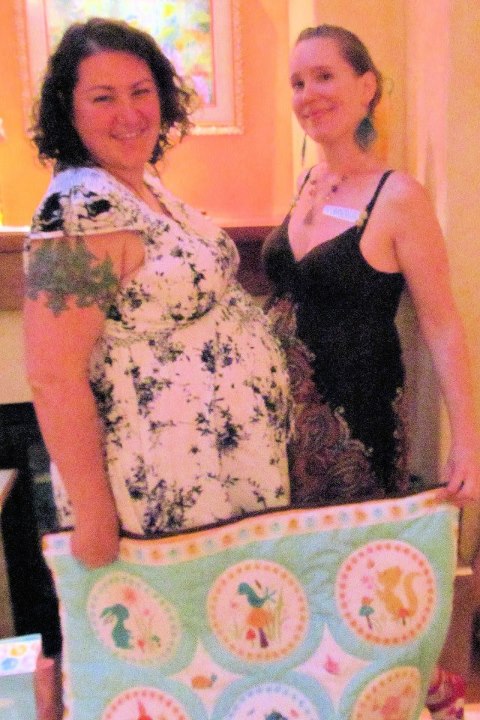 This is us again, with a quilt that I made her. I am making myself a matching one as well. SO soft and fluffy!!!

I have decided that Saturday’s will be my relaxing and craft/canning days. Nick generally works at least one weekend day, so I get to have some time to play and clean and do the things that most guys aren’t super keen on.  Today, I’m debating whether to start cleaning, or do some sewing. It’s nice that these are the issues that I am now facing.  I have my other dog Barkley over this weekend too, so a trip to the Dog Park will be in order.  I also have a book release party for a friend later tonight. So, all in all, it will be a good and busy day.

Sunday will be a hike to tire Barkley out before returning him to his Daddy’s house. It’ll also be good to get out and stretch as well!

Here’s to a good weekend!
Raina