We had a camping road trip!  Okay, so it was an hour and a half away and in a cabin, but the cabin didn’t have a bathroom and that’s like camping, right?

Right.
Since Tiny Beast is on an oxymeter when she sleeps, and uses a pump for feedings, we needed to stay somewhere with power. I didn’t want to stay in a hotel, so we opted for a cabin at Cama Beach on Camano Island. I love this place-it’s quiet, there’s no cars allowed, it’s right on the water, too. Seriously-if you’re skilled, you can spit on the water from your front porch. If you’re not, well, then you just drooled on yourself.

The first night was lovely-so quiet, with just a couple of fellow vacationers. We unpacked and sat at the table in front of our cabin with a glass of wine and just relaxed. It was amazing. We woke Tiny Beast up and had her out of her car seat. She didn’t seem amused…

That night, we slept pretty well-a rarity for us lately. During pumping sessions, I was able to look outside and catch glimpses of critters on the water in the moonlight. The next morning, we watch seals and otters play in the water, and eagles soar overhead. It was lovely!  We ventured out to find wine tasting, only to find that most small businesses that we would want to visit had closed. We spent much of the day driving around aimlessly. Had we not done that, I would never have seen the awesome collection of Beyonce’s-not sure why a giant metal rooster thing is called Beyonce? Read this. 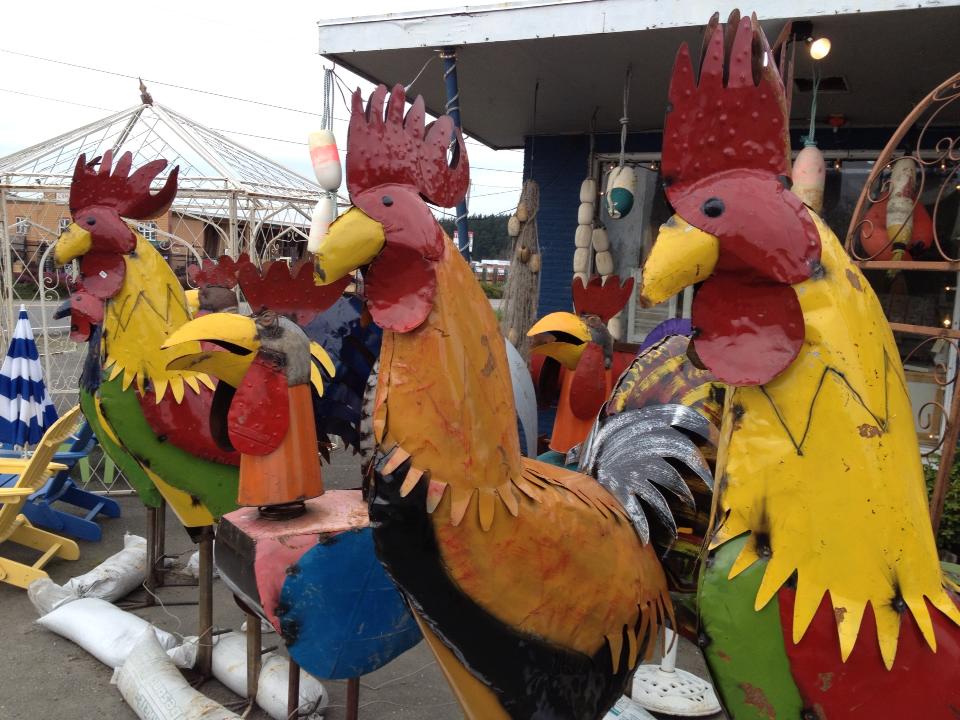 Once we got back to the cabin, we found that dozens of screaming children had come to our peaceful resort. There may have been hundreds, if not thousands of kids based on the amount of noise. Nick assures me it was less than 50.  We made dinner and had a happy hour by the water, hoping that eventually the kids would simmer down. 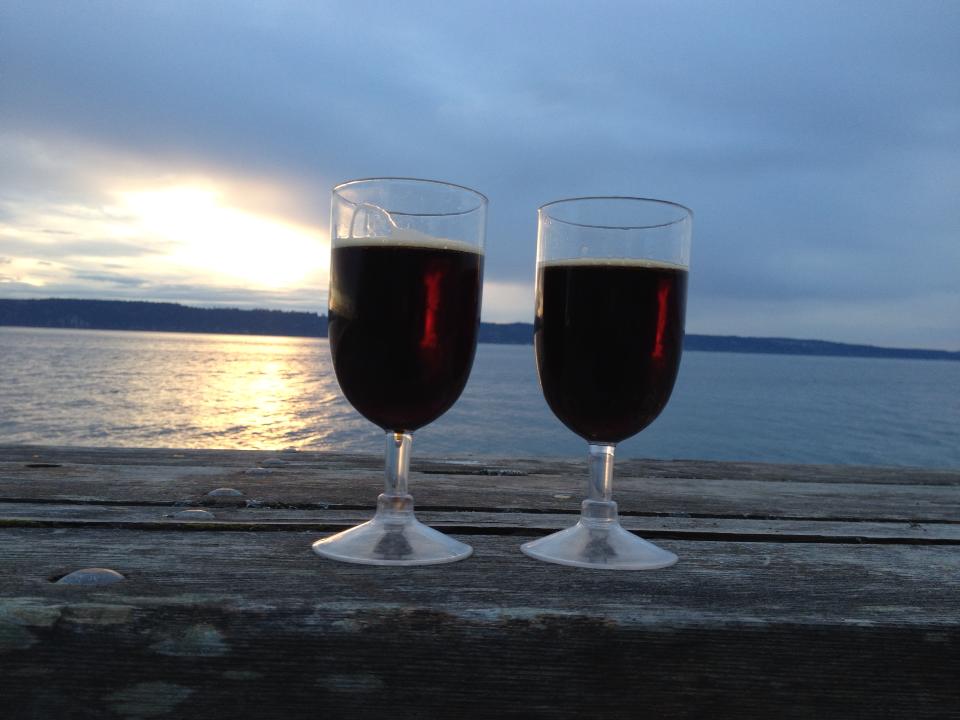 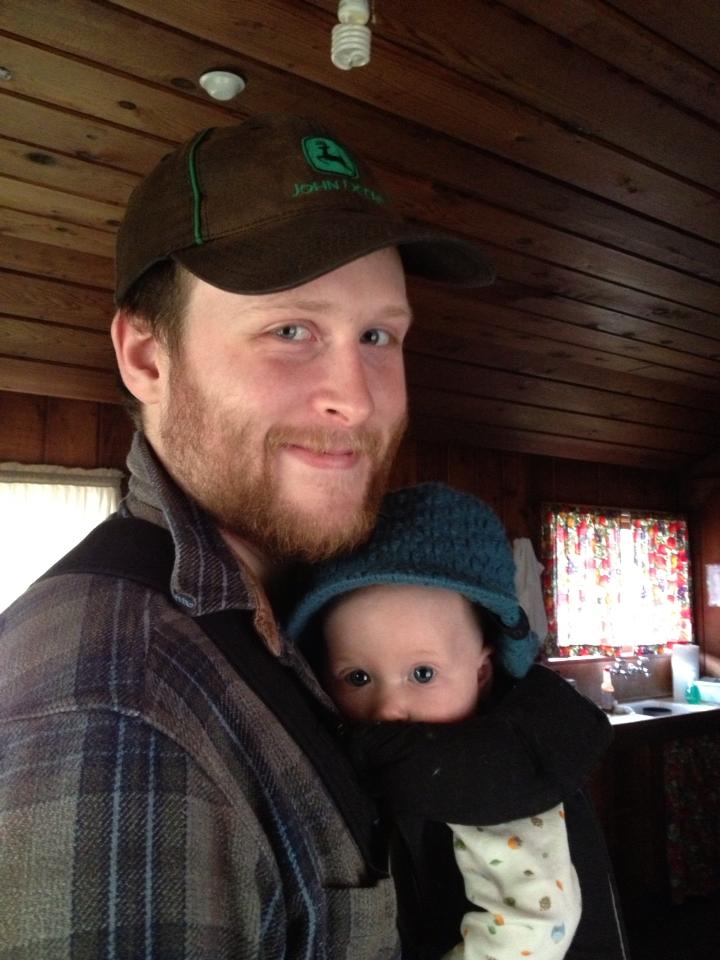 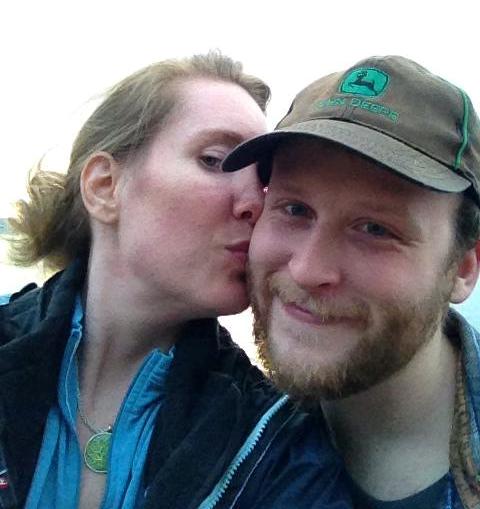 We would spend the night trying to figure out why they were sneaking around like crappy ninjas, and asking them to shut up (initially, nicely). They would stop screaming at 3 am, only to start up again at 5:30.  Down side? We didn’t sleep. Upside? The park staff felt so bad, that they refunded our payment for both nights. That was awesome, and super appreciated.
Since the hordes of screaming children had no intention of stopping, we decided to head to the next park-Camano Island State Park and then slowly made our way home. 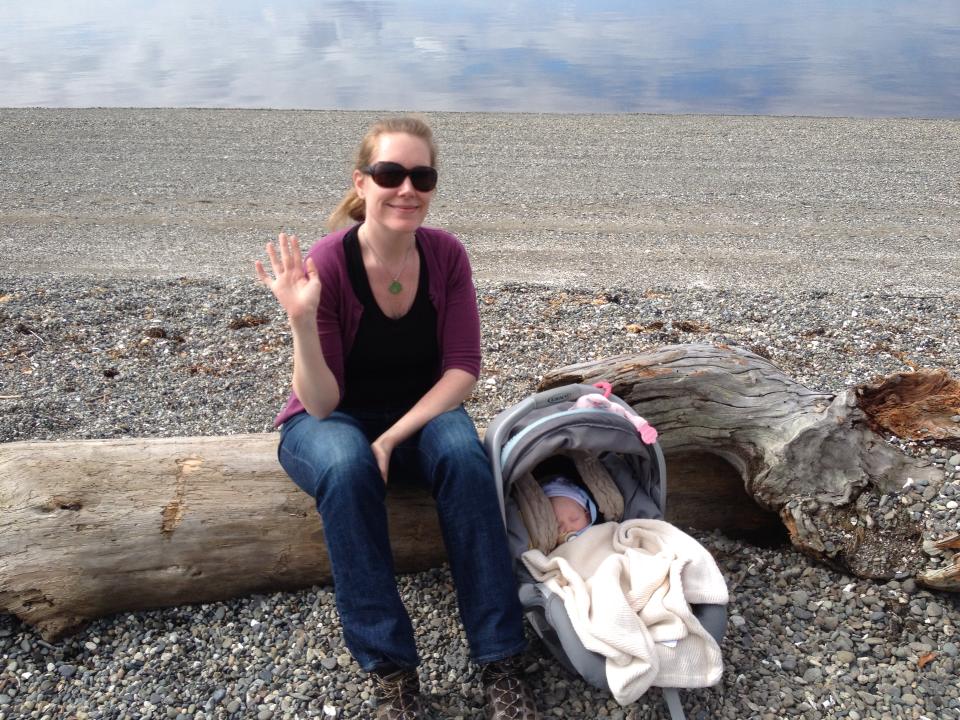 It was a great first vacation with Tiny Beast, and it was great to find out that we could actually get out of the house and on the road. Her food pump has a battery back-up, and we were able to use the car power adapter for my pump. Sure it takes a little more planning, but you can’t beat a good family outing and getting to see your kiddo take in new sights. Not bad at all.
Now, to find more baby friendly places so I can keep this Tiny Beast on the road with me!
Raina