I can’t believe it is only Tuesday. TUESDAY PEOPLE!!!  This may be one of the longest weeks ever. It may also be that I am coming off of being sick,and not working a full work week and that I had a great weekend. Meh, either way, Friday sure could hurry up and visit. That would not break my heart.

Speaking of the weekend-it was lovely!
Friday brought around a decision to get a goat. Of course, the decision was spurred on by two things: Beer in an unspecified amount, and this picture from Twisted Vines Farm: 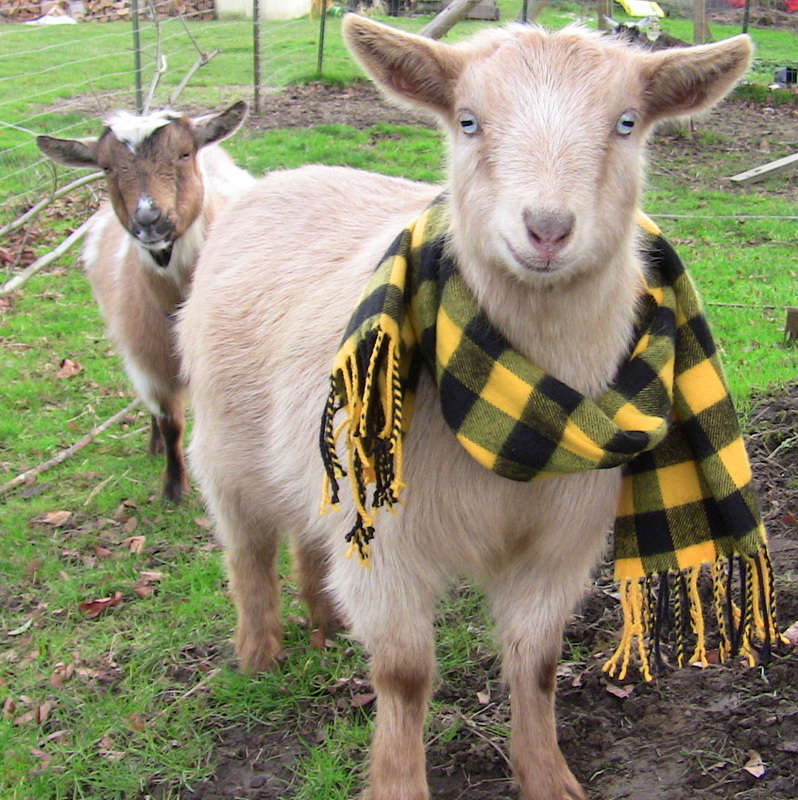 Seriously. How can you not see that face and THAT SCARF and not want him or her?!  Sigh. I convinced my loving and ever so slightly beery partner that i wanted this, nay, NEEDED this goat (or any goat). He reluctantly agreed. Its not 4 full days later, and I still think this little guy may be the coolest thing ever. For the love of Pete, he has a smirk! He’s a sarcastic goat with a scarf. Its like he was made for me. Also, he looks very soft…not like cows, which (and no offense to cow lovers) are not soft. At all. It broke my heart to find out cows weren’t soft and this was maybe 10 years ago. I am still pretty pissed about that. 😉

But I digress. I did not get said goat. As much as I would love a fuzzy critter crapping in my back yard, I do have neighbors, and a job. I did have some very salient points though, had my drunken decision resulted in goat-buying. For instance, I would tell my neighbors:

This list really could go on and on, but I don’t know that the above holds many sell-worthy points, other than I really want a goat and will  make up stories about him/her to get to keep it.  So, my thought on it is this: Plan to get a farm. Its been a goal, but I think my desire to have Chewy (yea, the goat has a name, a very fitting one thank you very much!) proves that I should start mapping that out!
So…back to the weekend!
Saturday was spent crafting and resting up after a long night of goat-plotting. I went to a scrapbooking party with Sarah and Krissie (check her blog out, BTW- http://strictlystampin.wordpress.com/).   Since I was way up north, I decided to hit up Smashing Rubbish vintage goods (http://www.smashingrubbish.blogspot.com), for this-a giant palmistry hand!  I think it goes well with my weird painting and antique typewriter, no? 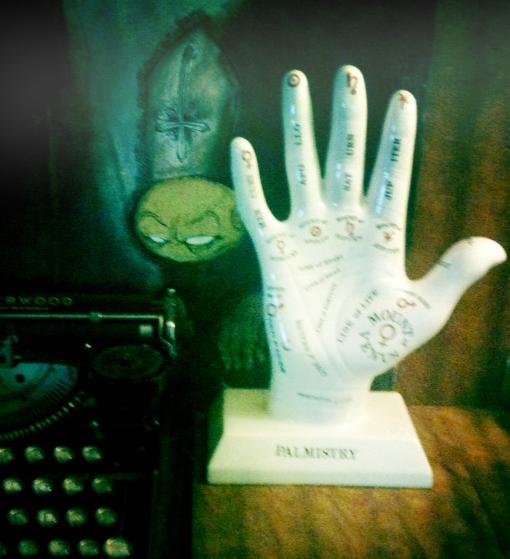 I saw it on their site and when I found out it was only $18, I had to have it :).  What, you ask, does one do with a giant palmistry hand? Ummm. Well, I could see if a goat was in my future. See? I can find a reason for anything.
Other highlights of the weekend: In no particular order, or that I should be proud of:
So, what’s on tap for this week? Loretta’s tonight, to meet new neighbors and have a pint; wine tasting in downtown on Wednesday; some over time at work on Thursday, and Baron-my beacon of happiness on Friday. Between these adventures, I’ll also be finishing the binding on the quilt, and starting a embroidery project.
All in all, I’ll call this weekend and the upcoming week a win, goat or no goat.
Raina
PS-Note: there are no good goat quotes…So insert witty goat based thought here. 🙂 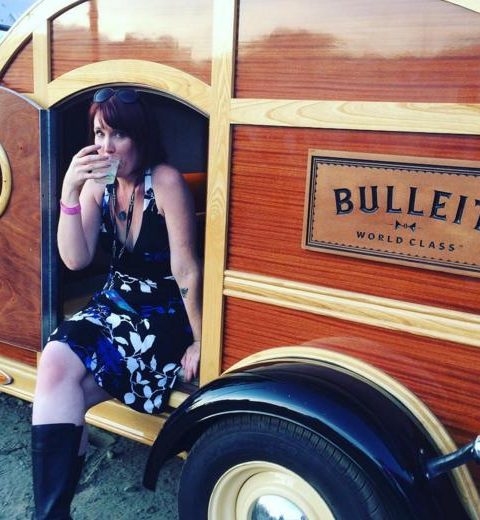